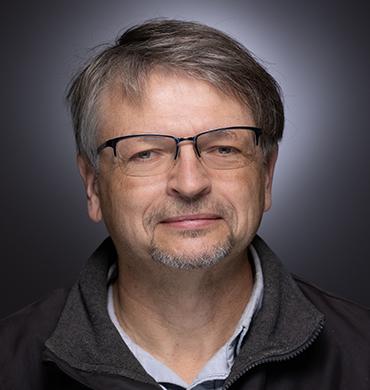 I am interested in fish evolution, systematics, and conservation. Much of my current work is focused on molecular systematics, population genetics, and phylogeography in the North American freshwater fish genus Cycleptus (blue suckers), a group that inhabits large rivers in the Mississippi, Rio Grande, and Mobile basins of North America.

I am the first researcher to investigate genetic structure (on multiple levels) in the genus. Mitochondrial data clearly indicate the presence of a new, undescribed species from the Rio Grande basin. In addition, nuclear markers have revealed impacts of dams on genetic structure in the Missouri River as well as incomplete lineage sorting (in particular, an allophyletic condition) between the two described species. This work has important conservation implications as the genus occurs in 22 states, but none of the three species are considered stable in any of them (S3, vulnerable > SX, presumed extirpated).

I have also initiated or participated in other molecular genetic-based investigations in ecology, evolution, and behavior, such as research to characterize the molecular evolution of HIV-Clade C in Zambian mother/infant pairs. More recent efforts include a project to examine cloning frequency in a native plains thistle (Cirsium undulatum), studies of genetic mating systems in the nurseryfish (Kurtus gulliveri) of Australia and fathead minnow (Pimephales promelas) of North America, phylogeographic studies in the plains topminnow (Fundulus sciadicus), and initiation of a long-term ichthyomonitoring project (incl. effects of drought) of fish assemblages in the Platte River forks of western Nebraska.

A new project that is taking shape here at Stout involves the assessment of genetic structure in native brook trout (Salvelinus fontinalis) populations of the Driftless Area in western Wisconsin. This is a developing collaboration between Dr. Chuck Bomar, John Sours and others in the Wisconsin Department of Natural Resources (WDNR), and Trout Unlimited (TU), a private organization.

UW-Stout lies on the northern rim of the Driftless Area, a region that was encircled - but untouched – by ice sheets during the last glacial maximum. The degree to which this ‘pocket’ within the ice acted as a refugium for aquatic organisms is largely unknown. It is possible that brook trout populations survived within. This species is popular among fly fishing enthusiasts and has been stocked in many regional drainages.

Still, there are a number of disjunct areas that contain populations which have never been stocked. These are of highest interest to the WDNR because stocked trout tend not to survive well in many (most?) streams. From an applied management standpoint, the WDNR would like to know how ‘genetically unique’ these endemic populations really are and, secondly, how much hybridization occurs in stocked streams.

Additional basic questions involve ascertainment of historical demographic patterns and an estimation of divergence time between unstocked endemics and other populations outside the Driftless Area. Using molecular techniques, we can directly test the refugium hypothesis. If the area did serve in this capacity, it is plausible that there are one or more cryptic, undescribed species in the region.

I actively seek the participation of undergraduates in all of my research endeavors – both in the field and in the laboratory. As a professional educator, I know the value of hands-on, inquiry-based experiences. If you are interested in working in my lab.